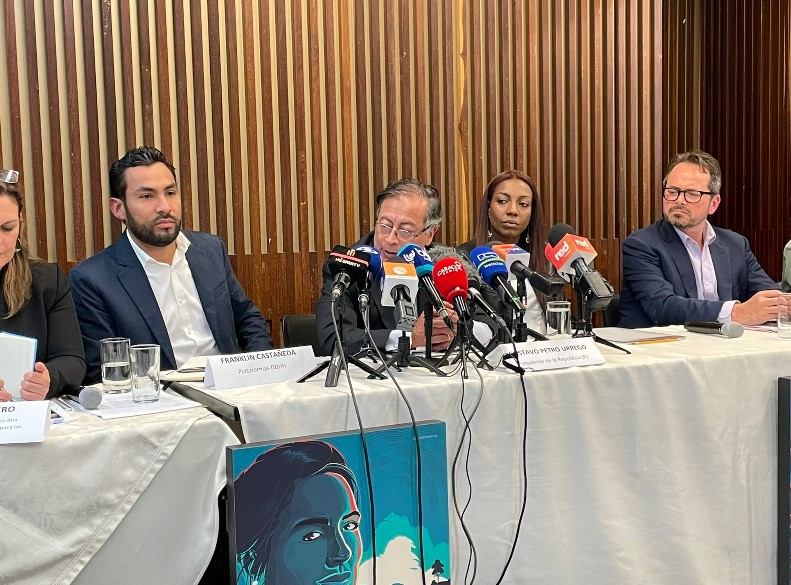 During an event, representatives of the Agrarian Summit, the Colombian Human Rights Platform and the Somos Defensores Program presented to the president the central ideas of a strategy that is designed to be executed in the first 100 days of government, with 29 concrete actions for seven subregions and in 65 municipalities of the country.

The plan is supported by five senators and a representative to the Chamber of the Historical Pact, the coalition for which Petro was elected: Iván Cepeda Castro, Jahel Quiroga Carrillo, Gloria Flórez, Isabel Zuleta, Aida Avella, Pablo Catatumbo and Alirio Uribe.

During the presentation of the document, Franklin Castañeda, spokesman for the human rights platforms, thanked the new president for receiving his proposals. “We are very happy to have you this afternoon, Mr. President Petro, because to meet with Iván Duque we had to do many paperwork and bureaucratic procedures and he never listened to us,” he said.

For its operation, human rights defenders explain, the Government must form the National Commission for Security Guarantees, which should be created according to the Agreement with the FARC, but which has not yet been installed.

The strategy was built with technical assistance from the Office in Colombia of the United Nations High Commissioner for Human Rights, and in consultation with the UN Verification Mission.”

“Where do those 65 municipalities come from? Well, in the last four years those 65 municipalities located in certain specific regions have presented the highest rates of homicides, forced disappearances and threats against the beneficiary population of this plan,” explains Franklin Castañeda, defender and president of the Committee of Solidarity with Political Prisoners.”

Video: Juliette De Rivero, the representative of the UN High Commissioner for Human Rights in Colombia, speaks at the media conference. 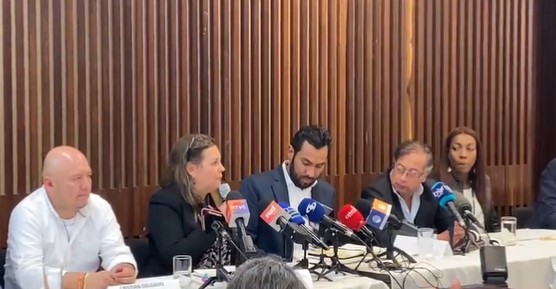 Furthermore, on Thursday (August 4), Mary Lawlor (the UN Special Rapporteur on the situation of human rights defenders), Francisco Cali Tzay (the UN Special Rapporteur on the rights of indigenous peoples) and members of the Working Group on Business and Human Rights also called on the incoming Petro government to step up protection for activists who challenge big business in Colombia.

Their media release draws attention to threatened Indigenous Misak land defender Pedro Jose Velasco Tumiña in relation to the Irish company Smurfit-Kappa that controls over 67,000 hectares in Colombia, mainly comprised of pine and eucalyptus plantations, for their paper packaging business.

“In order to ensure businesses respect human rights, the incoming Government should encourage companies to engage constructively with human rights defenders. Companies, for their part, should publicly state their willingness to do so, even if the defenders’ advocacy concerns the company’s own operations.”

While the UN experts highlight an Irish company, their recommendation could also apply to Canadian companies operating in Colombia.

Castañeda and the Committee of Solidarity with Political Prisoners (CSPP) accompany community leaders in San Luis de Palenque, Casanare who have been criminalized by the Toronto-based company Frontera Energy for raising concerns about the social and environmental impacts of their Cubiro Block oil operations.

PBI-Canada met with Castañeda on June 27 in Bogota and then travelled on July 1 to meet with the community along with PBI-Colombia, the CSPP and the Social Corporation for Community Advice and Training (COSPACC).