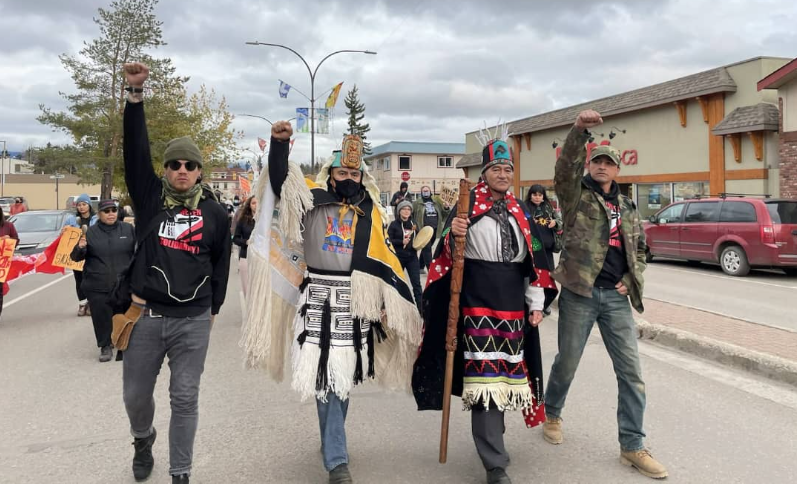 Mohawk land defender Skyler William’s social media post was partially quoted in the government memo: “This is what real Nation to Nation looks like, Haudenosaunee and Wet’suwet’en family standing together against the colonial violence and corporate greed that threatens the safety and well-being of future generations.”

“The briefing document, obtained through access to information laws, was prepared for Daniel Quan-Watson, deputy minister of Crown-Indigenous Relations, prior to a meeting with the Privy Council Office (PCO) last fall.”

The partially redacted memo, dated October 19, 2021, can be read here.

It says: “The RCMP are monitoring the situation closely, but have been blocked from accessing the protest site by the land defenders.”

The article further explains: “The officials were slated to discuss the ‘escalation of protests in Wet’suwet’en territory’ in northwestern British Columbia and opposition to old-growth logging at Fairy Creek on Vancouver Island.”

The Privy Council Office is an arm of the Prime Minister’s Office. Its clerk is Canada’s top public servant. It also has an intelligence wing.

“This is what real Nation to Nation looks like, Haudenosaunee and Wet’suwet’en family standing together against the colonial violence and corporate greed that threatens the safety and well-being of future generations.

The Wet’suwet’en have called on their Allies across Turtle Island to stand with them. They need boots on the ground, people in the streets, folks amplifying on social media, wherever you are, whatever you can do can make a difference.

Forcing Indigenous People from their lands is an act of genocide. When we stand together, we can fight back against the violence Canada brings to our homelands at the end of a barrel.

We keep each other safe, we know how to care for these lands and waters, and nothing will stop us from protecting the sacred inheritance of our children!”

That is distilled to just “Haudenosaunee and Wet’suwet’en family standing together” in the memo.

Williams tells APTN: “When people are being criminalized and brutalized in the way that Indigenous folks across the country are, we need to be able to make those stands together. …We have every right to be making stands for these lands.”

The RCMP’s community-industry response group (C-IRG) was deployed on November 18, 2021, and arrested more than 30 land defenders over a two-day period.

Gidimt’en Checkpoint has highlighted: “In the three large-scale police actions that have happened on Wet’suwet’en territory since January 2019, a total of 74 people have been arrested and detained, including legal observers and journalists.”

The full article by Brett Forester can be read at Ottawa tracked Mohawk-Wet’suwet’en links, feared repeat of 2020 blockades: memo. 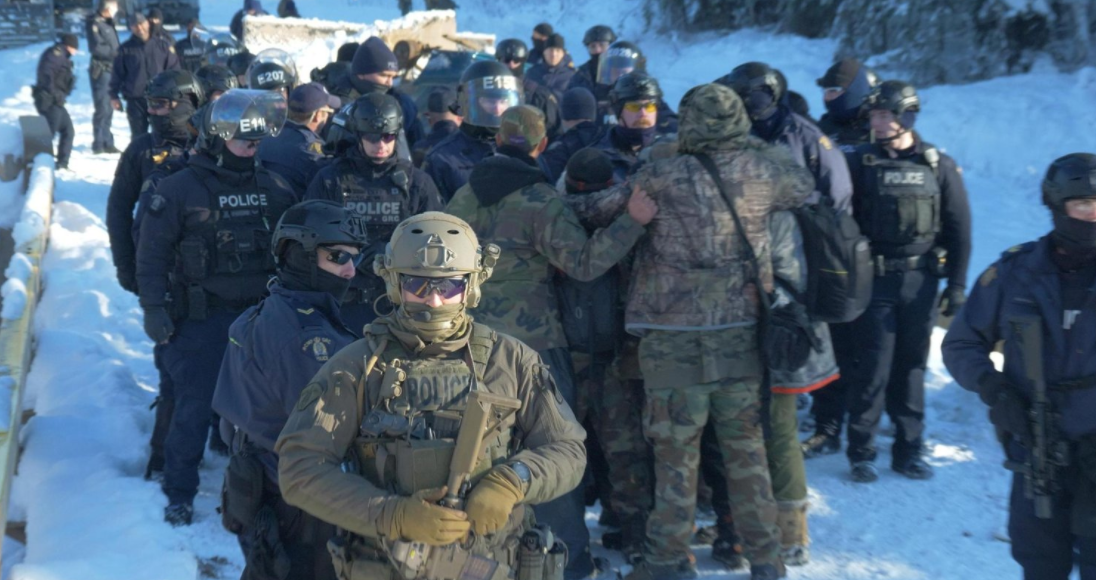