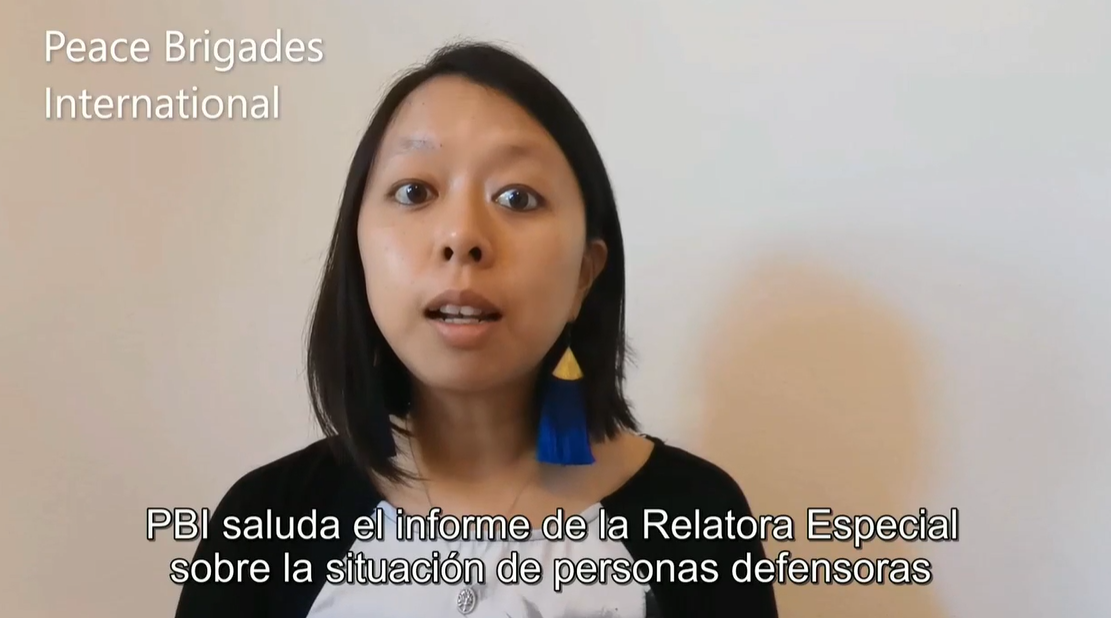 On March 16, Kim-Mai Vu of Peace Brigades International delivered a statement to the UN Human Rights Council on the situation of human rights defenders in Mexico.

PBI welcomes the report of the Special Rapporteur on the situation of human rights defenders on corruption.

With at least 47 journalists and 94 defenders murdered between December 2018 and September 2021, Mexico is among the most dangerous Latin American countries for defend human rights. As stated by High Commissioner Michelle Bachelet, reporters working on local political issues, corruption issues or crime face huge risks of attack.

We highlight the murder of the social communicator Samir Flores in 2019, which remains unclear while the implementation of the Morelos Comprehensive Project, which he openly opposed to government authorities one day before the tragic event.

Likewise, we agree with Rapporteur Mary Lawlor on the high risks faced by defenders of the environment by denouncing cases of corruption in projects business.

In Santa María Zacatepec (Puebla), members of Pueblos Unidos de la Cholulteca and Volcanoes Region, defenders of the Metlapanapa River have been attacked physically, defamed and criminalized in critical moments of social protest and during holding assemblies.

To achieve effective protection, the Mexican state must put all its efforts into promote a public policy of comprehensive protection, built from dialogue with the defenders, including indigenous communities and women defenders.

Thank you very much.”

The video of this presentation starts here at the 33:17 point.

Emelia Fournier tweeted this video of Indigenous land defenders chanting “Trudeau is a colonizer” and interrupting Prime Minister Justin Trudeau’s address at the opening of the COP15 biodiversity summit in Montreal. The banner that they Read more…

On December 6, PBI-Colombia tweeted: “We accompany @Credhos_Paz in the return of Raul Amaya, leader of the Association of Victims #MagdalenaMedio forcibly displaced from #PuertoBerrío due to serious attacks. @Credhos_Paz recently accredited as a collective Read more…