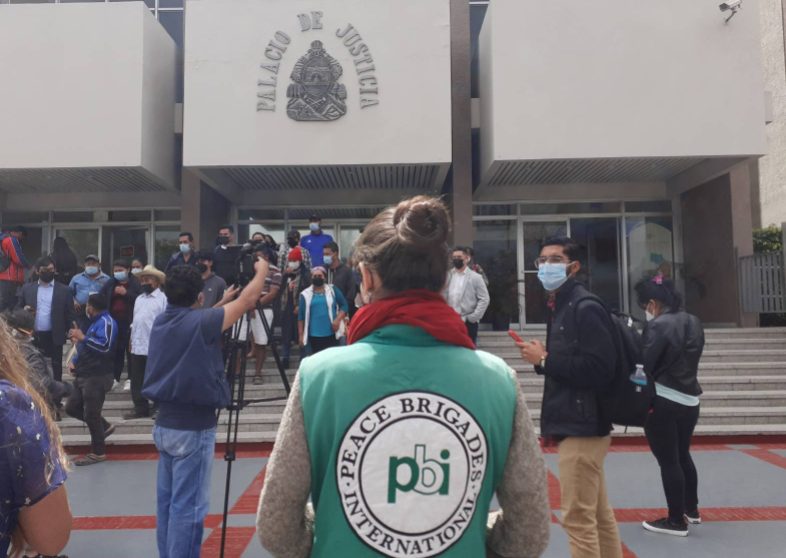 On February 17, PBI-Honduras tweeted: “PBI accompanies the Committee for the Defense of Common and Public Assets in its demand ‘for the immediate release of the six defenders of @guapinolre who remain in illegal detention at the hands of @PJdeHonduras [the Honduran Judiciary], which refuses to resolve their case.’”

On Wednesday February 9, the court in Trujillo ruled that six of the Guapinol River defenders were guilty of criminal damage and illegal detention of the Los Pinares mining company’s security chief. Two of the defenders were absolved of these same charges.

Now, Proceso.hn reports: “A group of residents of Colón moved to Tegucigalpa on Thursday [February 17] to protest in front of the Supreme Court of Justice (CSJ), to demand compliance with the ruling of the Constitutional Chamber that releases six members of the well-known Guapinol case who are still being held in the north of the country.”

The six environmentalists are being held in Olanchito prison, Yoro.

Last week, PBI-Honduras tweeted: “The communities remember that the defense of common goods continues until the mining license is annulled.”

Al Jazeera has reported: “The Pinares mining complex is operational. The pelletizing factory – a towering, multi-storey facility for processing iron oxide – looms over Guapinol and neighbouring villages, where residents report hearing the constant noise of heavy machinery and factory equipment at all hours, and say the Guapinol River has lost its clarity since the mining project began.”

PBI-Honduras has accompanied the defenders of the Guapinol and San Pedro rivers for the past three years.