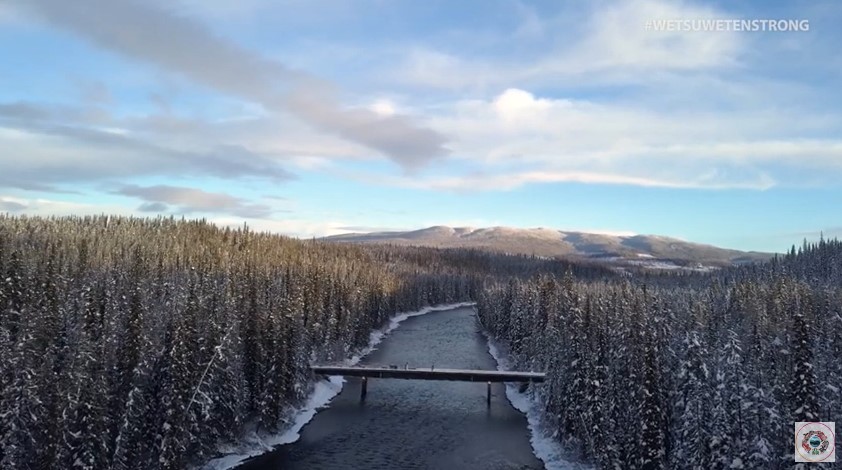 On November 19-22, I visited Wet’suwet’en and Gitxsan territories in northern British Columbia on behalf of PBI-Canada in response to this video appeal.

Sleydo’: “Whatever clan you are, whatever background you are, we need people to come and witness what’s happening on the yintah.”

Our plan was to tent on Wet’suwet’en territory near the site where Coastal GasLink intends to drill a fracked gas pipeline trench (888 metres in length) under the Wedzin Kwa river sacred to the Wet’suwet’en peoples.

On Sunday November 14, land defenders began enforcing a standing eviction against Coastal GasLink by closing the roads into the territory.

Still from Submedia video of Sleydo’ reading the eviction order.

I flew from Ottawa to Vancouver then to Terrace on Thursday November 18 just as the news was breaking that the RCMP had begun a raid on Wet’suwet’en territory. 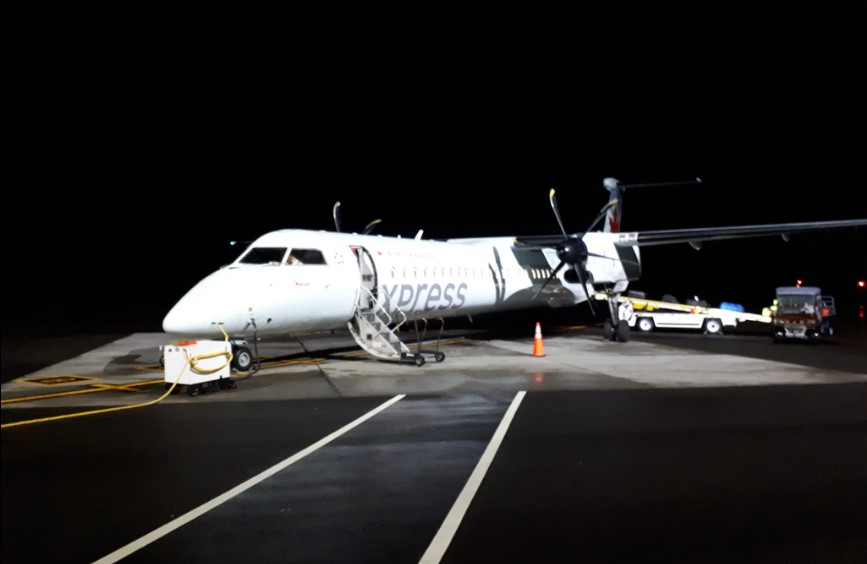 That day, the RCMP arrested about 17 people including legal observers, an accredited journalist, Haudenosaunee allies, and Wet’suwet’en elders at the 44-kilometre mark on the Morice River Service Road (a gravel road) that leads from the nearby town of Houston, through the territory to the drill pad site, and beyond. 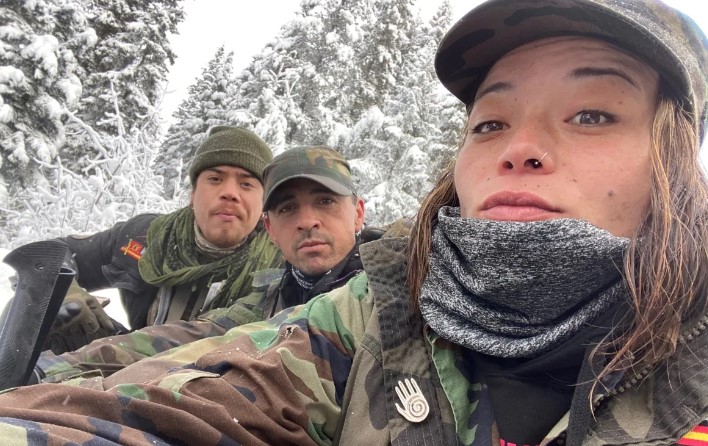 Photo by Layla Staats, one of the three Haudenosaunee land defenders arrested on Wet’suwet’en territory on November 18. 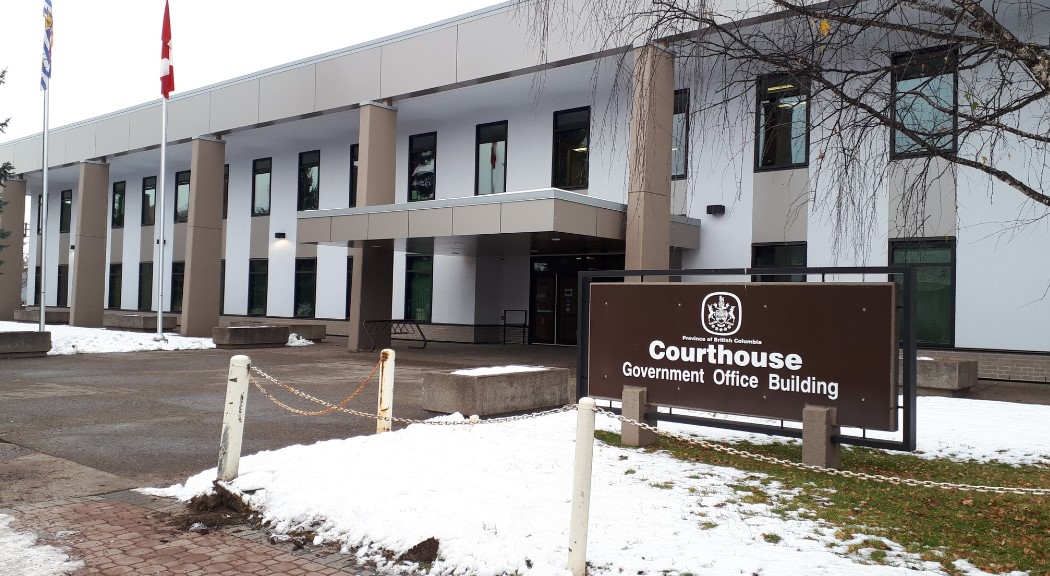 Photo: Land defender Skyler Williams has tweeted: “We were put in dog crates in the backs of SUVs by the RCMP. We were paraded in open court in our underwear while in shackles. I asked repeatedly to have my pants. We won’t stop. There’s nothing your goons can do to break our connection to our lands, our waters and to each other!”

Later that day I was also present at the RCMP detachment in Smithers as the land defenders were released. 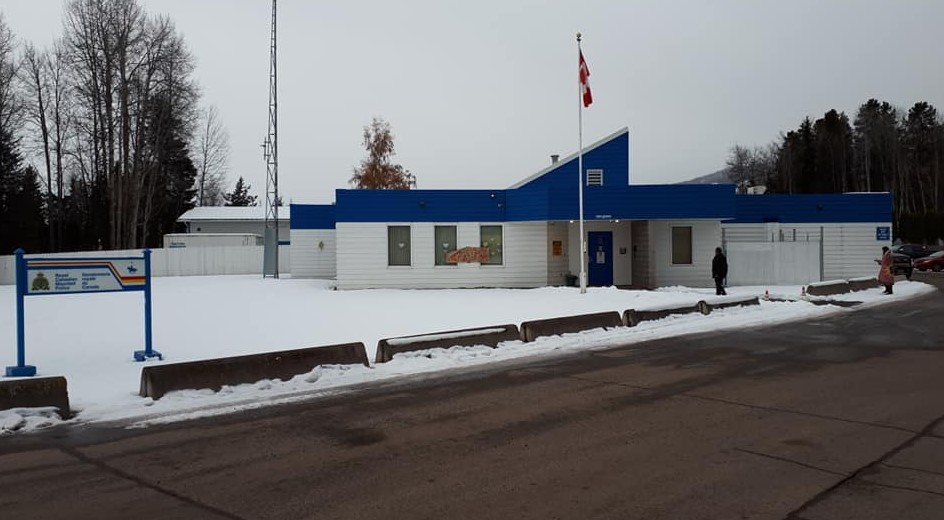 That same day, the RCMP arrested another 11 people, including Sleydo’ Molly Wickham, Chief Woos’ daughter, and other Indigenous land defenders at Coyote Camp (at the 63-kilometre mark on the Morice River Service Road).

Stills from video by Michael Toledano.

On this day, we helped accompany four Dene youth wanting to travel the 66 kilometres on a remote logging road (that had been blockaded by the RCMP) so that they could reach the Unist’ot’en healing centre, a land-based wellness lodge for Indigenous peoples. 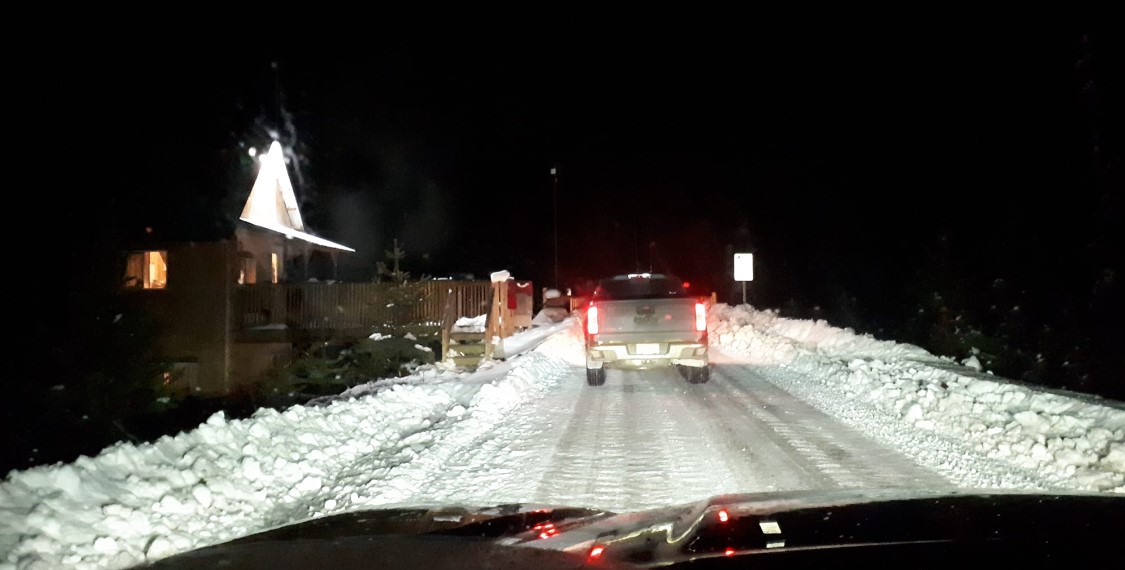 Leaving the healing centre after helping to accompany Dene youth there.

After the raid, the plan to tent on the territory was no longer possible, so after a night of improvising, I was able to stay at the Solidarity House.

As noted on their fundraising page: “The Supporter House opened its doors in August 2015. Since that time, it has welcomed many land defenders and supporters from all four directions under its roof. Whether travelling to and from the frontlines or dropping in for a well deserved break, the Supporter House has been there as a place to get a good night’s sleep, enjoy a hot meal, access the internet, and do laundry. A space that is autonomous and grassroots. We humbly operate on Wet’suwet’en territory in so-called Houston, BC.”

We drove to the Gidimt’en Checkpoint village at the 44-kilometre mark on the road to check on the status of the camp.

I drove from Houston to New Hazelton, where Gitxsan land defenders had blockaded the CN Rail railroad track in solidarity with the Wet’suwet’en. The day before, the RCMP entered the village, as Vuntut Gwitchin citizen Kris Statnyk has tweeted “to put down a peaceful protest led by Gitxsan families with a show of force, including tactical officers authorized for lethal oversight and traumatizing Gitxsan children.”

When I arrived in New Hazelton (67 kilometres north of Smithers), the roadside camp was still present though the railway blockade had ended. 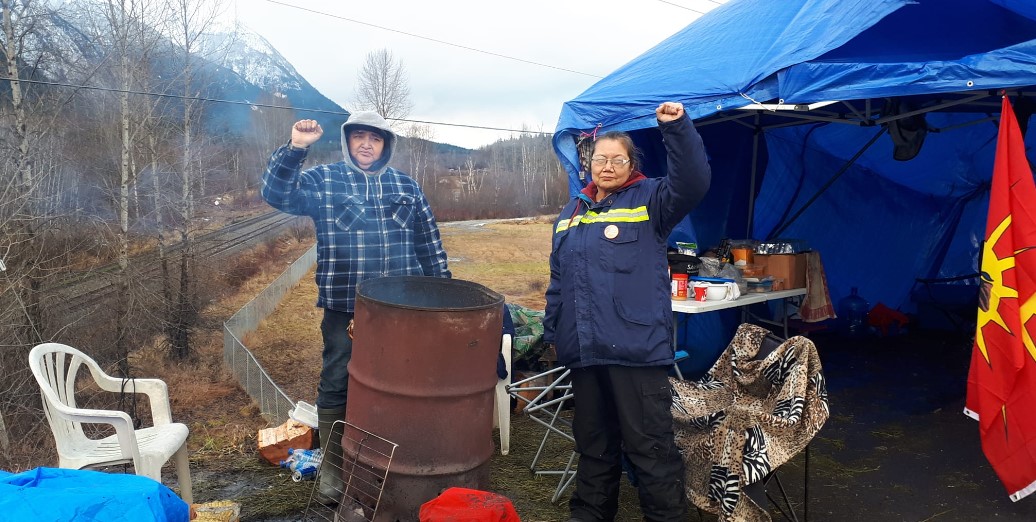 There I met with land defender Kolin Sutherland-Wilson whose brother Denzel had been arrested the day before. 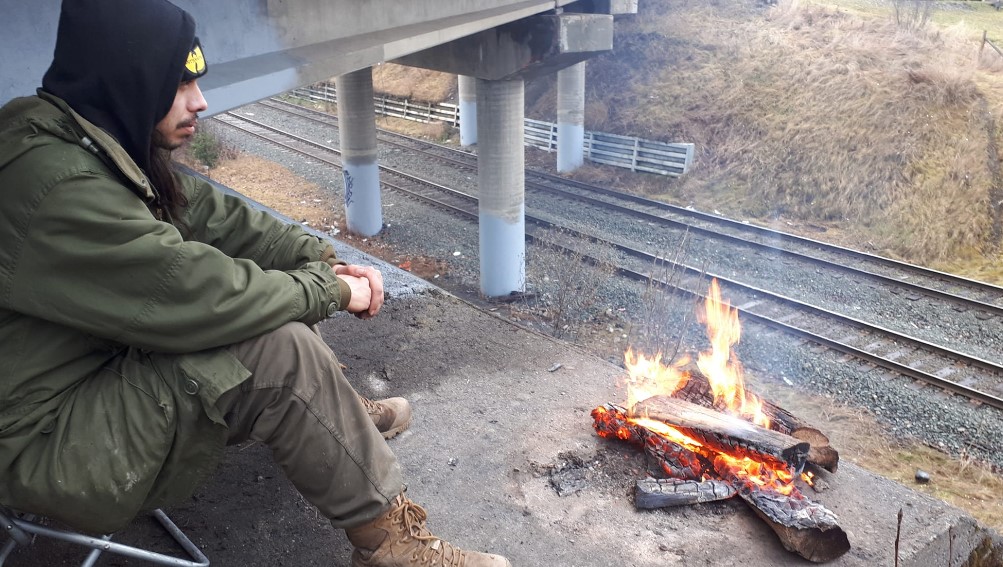 When I asked Kolin what he thought of the heavily armed RCMP Emergency Response Team in New Hazelton, he replied: “It’s terrorism. It’s meant to frighten us, but we are still here.”

“I don’t know if people understand the severity of the time we are in right now. The Wedzin Kwa is about to be destroyed. Our sacred life giver where our salmon spawn, the cleanest drinking water in the whole yintah, the place out ancestors walked and drank from, where all the animals and beings drink and use to survive. It is about to be destroyed and we need you to come. Aug 20th for a week of Ceremony. Organize solidarity actions if you can’t make it. Nothing is more important than this, right now. This is our family, our future, our livelihood. It is life. Be as relentless as the systems in place meant to destroy us all.” 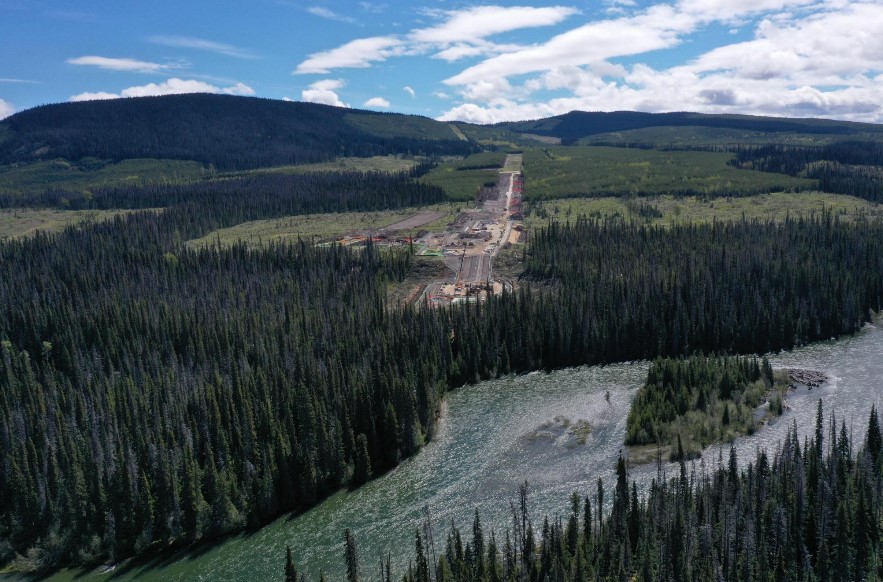