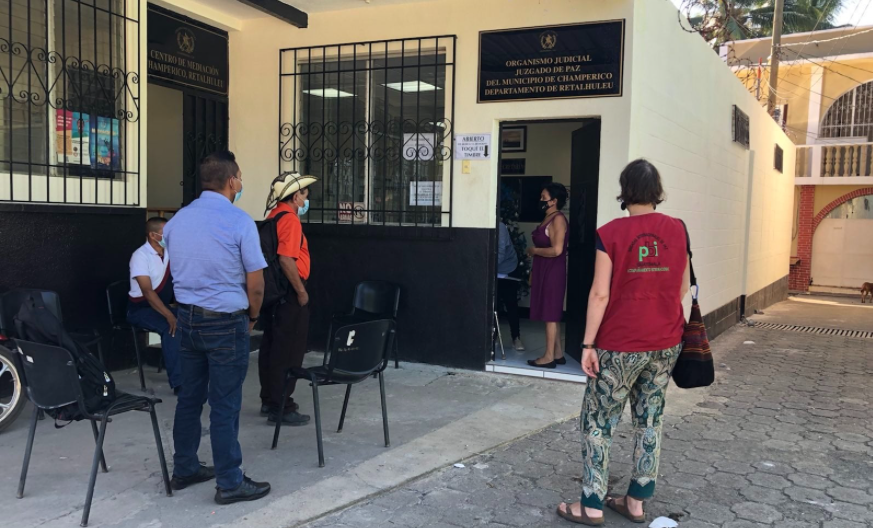 On November 16, PBI-Guatemala posted “PBI accompanies the four criminalized defenders of the CCR to the Justice of the Peace of Champerico, to sign the book, after they were granted alternative measures.”

PBI-Guatemala has previously explained: “The Council of Communities of Retalhuleu consists of more than 18 communities in the department of Retalhuleu (mainly the municipality of Champerico), belonging to the Mam, K’iche’ and Ixil peoples.”

The defenders have stated: “We organize ourselves in a peaceful way to publicize the consequences of sugar cane, the diversion of rivers that the mills have.”

PBI-Guatemala adds: “The CCR began to organize in 2015 as a result of adverse effects caused by the expansion of the monoculture of sugar and the use of large-scale agrochemicals and pesticides used by the mills in the region.”

As a result of their defence of the right to water, four members of the Retalhuleu Community Council have been criminalized by the El Pilar and Magdalena sugar mills.

That day Prensa Comunitaria reported: “The hearing of the defenders, who are part of the Board of Directors of the Council of Organized Communities of Retalhuleu and Champerico, is held behind closed doors. Human rights observers or communicators from @REDSAG_ [the National Network for the Defence of Food Sovereignty] were not allowed.”

The next court hearing for the criminalized defenders is now scheduled for March 14, 2022.

PBI-Guatemala has accompanied them since April 2020. 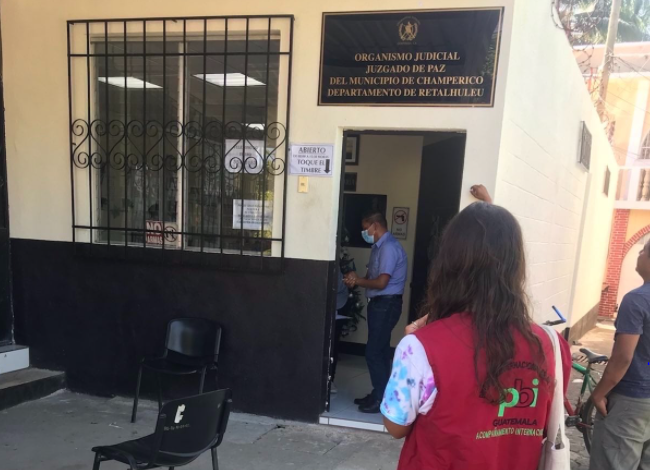 On May 19, PBI-Kenya tweeted: “We visited @KiambiuJustice [Kiambiu Justice & Information Network – KIJIN] to know their offices and discussed their vision, structure, and #humanrights issues in Kiambiu. Congratulations on the work with the Read more…

Photo of Francesca Nugnes (PBI-Colombia) and to her right Cristy Lozano (CAHUCOPANA) from Mónica Silvana González, MEP. On May 17, PBI-Colombia tweeted: “Thank you @MonicaSilvanaG [Member of the European Parliament, Spain] for your attention to Read more…

On May 20, PBI-Honduras tweeted: “PBI accompanies the Central American Forum on Human Rights, Sexual and Gender Diversity. We highlight the importance of respecting the human rights of the LGBT+ community, as well as their Read more…