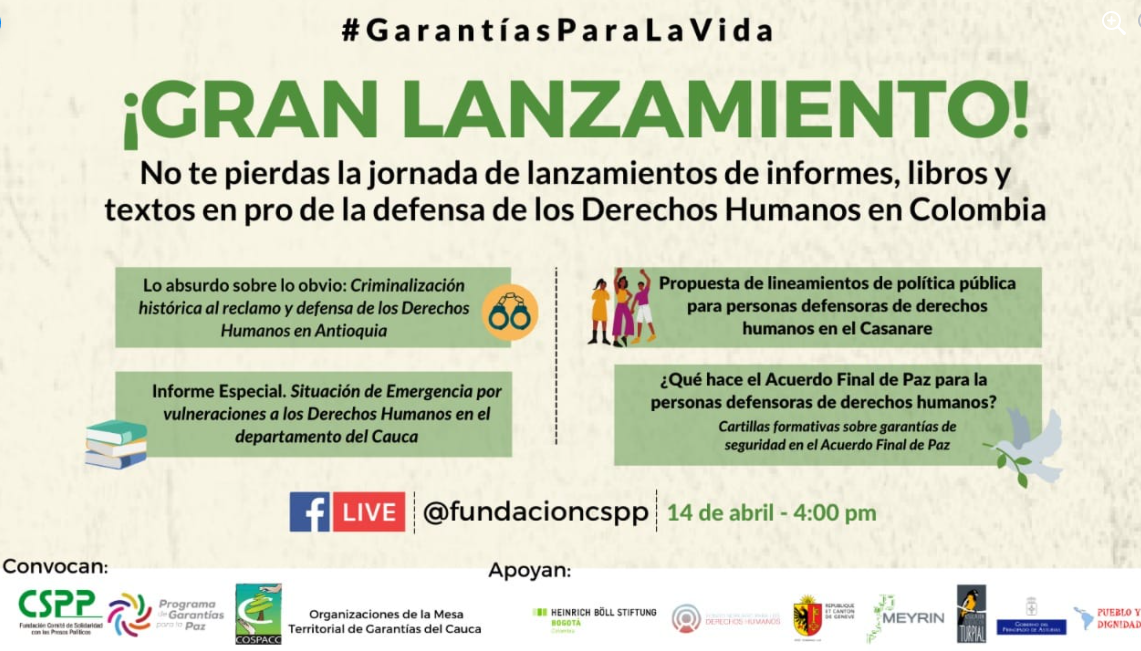 The Committee in Solidarity with Political Prisoners (CSPP) and the Social Corporation for Community Advice and Training (COSPACC) held a GRAN LANZAMIENTO (big launch) on April 14.

The poster above says: “Do not miss the day of launching reports, books and texts in favor of the defence of human rights in Colombia.”

Among the four points noted on the poster is: “Proposal of policy guidelines for human rights defenders in Casanare.”

The CSPP and COSPACC have produced the report Criminalization of the defence of human rights in Colombia: The judicialization of defenders of land, territory, environment and peace. It documents that 74 per cent of the human rights defenders prosecuted between January 2012 and July 2019 were environmental defenders.

Michel Forst explains: “Social protests [took place] between 2016 and 2018 in response to the failure of Canadian public company Frontera Energy to fulfil its obligation to compensate communities affected by environmental damage and to repair damaged roads.”

Frontera then signed two protection agreements on November 16 and 19, 2018 with the Colombian Ministry of Defence totalling US$1.3 million.

It wasn’t until August 10, 2020, that a court revoked the custodial measures imposed on two of these social leaders. Then on September 16, 2020, after more than 500 days having elapsed without a trial, a judge ordered the release of the other leaders.

We were also honoured to have COSPACC lawyer Tatiana Triana speak on our webinar on International Women Human Rights Defenders Day on November 29 last year. 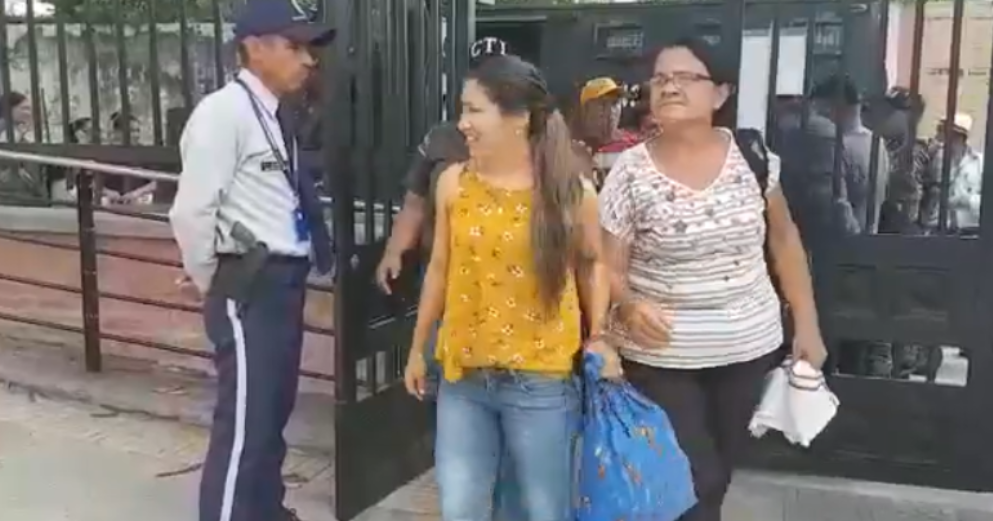