PBI-Honduras accompanied National Union of Rural Workers struggles for access to land, an end to militarization 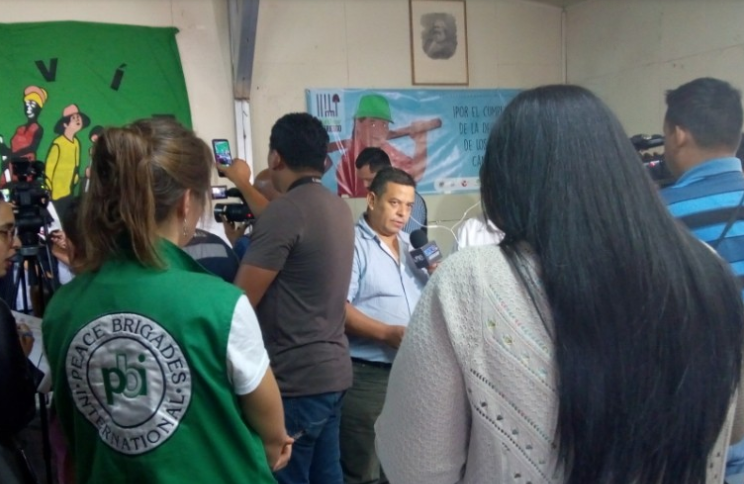 The CNTC, founded in 1985, is a small-scale farming and trade union organization that fights for a fairer distribution of land.

The CNTC is affiliated with La Via Campesina that says: “Small farmers’ demand is simple: they need access to land to grow food for their communities.”

In this article, the Peace Brigades International-Honduras Project notes: “Of the 404 communities that form the CNTC, just 20% have titles to their lands. Many others have worked and lived on their lands for three or four decades and have spent 15 years awaiting the official recognition of their rights that never seems to arrive.”

As a result of this, land evictions are not uncommon.

Added with the COVID-19 lockdowns, the severe tropical storms last year, and climate change related drought, one third of the population of Honduras is facing extreme and chronic hunger by the end of this year.

Worsening this situation, Almendares says: “Recent laws have followed the line of privatization and have brought with them displacement and dispossession.”

Those laws include Decree PCM-052-2019 (that gave the equivalent of CAD $215 million and control of agricultural policies to the armed forces) and Decree 030-2020 (referred to as the Banana Law).

Almendares says: “We say no to the new Banana Law. We cannot allow something to be approved that comes to take away land from more than 450,000 families, increasing the crisis in the countryside.”

He further notes: “We will carry out permanent actions at the national level, takeovers, sit-ins, and protests [against this law].”

PBI-Honduras has been accompanying the CNTC since May 2018.

Last November, CNTC regional secretary Neptaly Ventura Orellana was shot in both legs. Pasos de Animal Grande reported that Almendares went to PBI-Honduras, which helped him make the situation visible and accompanied the process of filing a complaint as well as requesting protection for Neptaly.

“The pandemic closed us off and covered our mouths, isolated us from reality. In the midst of this, they bombarded us with laws that increased militarization and violence in the territories.” – Franklin Almendares, CNTC 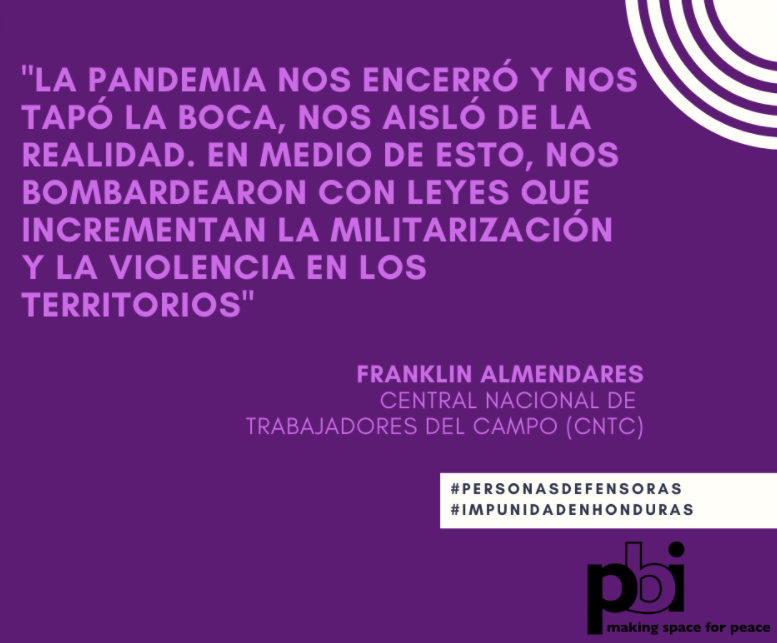