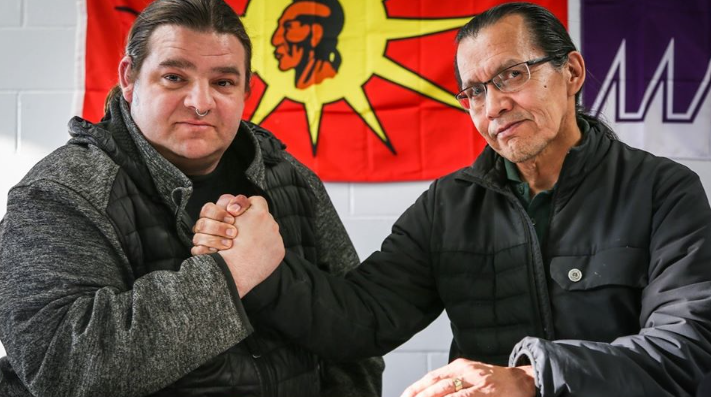 Twenty-eight land defenders were arrested on Wet’suwet’en lands despite this resolution from the United Nations Committee on the Elimination of Racial Discrimination weeks earlier that called for construction on the pipeline to be stopped and the RCMP to be withdrawn. Twenty-two of those defenders faced charges.

Months later, on June 5, CBC reported: “The [British Columbia] Prosecution Service announced it will not be laying criminal charges against any of the people arrested by the RCMP during enforcement of the Coastal GasLink injunction in northern B.C. in February.”

That article noted though that: “The Unist’ot’en Camp statement said there are many other people who were arrested at solidarity actions across the country who still face charges that aren’t related to the Coastal GasLink injunction. More than 100 people were arrested at blockades and other sites of protest across Canada.”

Notably, Global News reported on February 25: “Ontario Provincial Police [OPP] arrested ‘several’ people at a railway blockade in Tyendinaga, which was set up nearly three weeks ago in solidarity with anti-pipeline protests in northern British Columbia.”

CTV reported at that time: “Ontario Provincial Police have announced the charges laid against ten people who were arrested at the rail blockade in Tyendinaga, Ont.”

That article adds: “All ten people were charged with mischief over $5000 and disobeying a court order, as well as a Railway Safety Act charge of entering land where line work is situated. Three people are additionally charged with resisting arrest. One person is also facing a charge of obstructing police.”

Significantly, CBC journalist Jorge Barrera has reported: “The tracks run just outside the reserve boundary of Tyendinaga, but are within its claimed territory.”

Now, Real People’s Media reports: “On Thursday July 9th, the OPP arrested Kanenhariyo, a vocal supporter of the Wet’suwet’en and the main Mohawk liaison with the police during the Tyendinaga rail shutdown in February of 2020.”

That article notes: “OPP Detective Karin Richer, who arrested Kanenhariyo, informed him that the OPP was looking to charge another ‘9 or 10’ people that they hadn’t yet reached because of Covid-19.”

According to this report, all those charged will have a hearing on August 11 at 9:30 am at the Ontario Superior Court at 41 Dundas St. West in Napanee.

The Unist’ot’en have stated: “We acknowledge that many still face charges for courageously standing in solidarity with the Wet’suwet’en, and that this fight is far from over. We are forever grateful for the solidarity and support from our relatives and allies.”

Unist’ot’en land defender Freda Huson is quoted in that statement saying: “Protecting my territory is not criminal. Industry and government is criminal for breaking all the environmental laws. They’re the ones that should be charged.”

Peace Brigades International accompanies Indigenous land defenders in Colombia, Guatemala, Honduras and Mexico. We see that Indigenous leaders continue to be criminalized and reaffirm that defending rights is not a crime.

Photo: Defenders from Colombia, Honduras, Guatemala and Mexico with PBI-Spanish State visit the site of the proposed lithium mine near the city of Cáceres in the autonomous region of Extremadura in Spain. Photo by Asociación Read more…