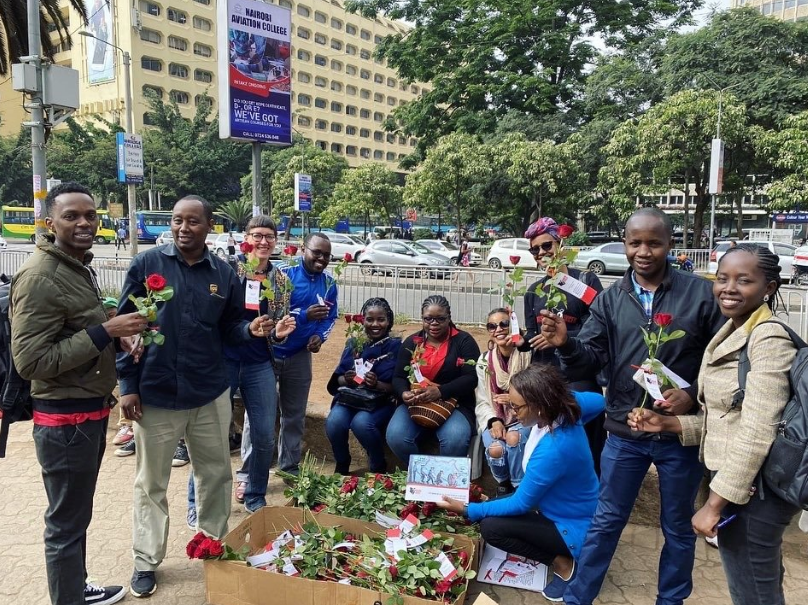 On February 14, the Peace Brigades International-Kenya Project posted, “Today, Missing Voices launched the 2019 Annual Report on the State of Police Killings and Enforced Disappearances in Kenya.”

PBI-Kenya continues, “As the World celebrates Valentine’s Day, Missing Voices is spreading roses not bullets in remembrance of victims of police killings and enforced disappearances and urging Kenyans to speak up because their silence kills.”

As noted on its website, Missing Voices is “a group of organizations whose mission is to end enforced disappearances and extrajudicial killings in Kenya.”

Peace Brigades International is a partner organization to Missing Voices.

“Extrajudicial executions are frequently carried out in these areas by murderous police officers, whose collaboration with the regular police units and with the operational and support structures remains a mystery.”

“Such experiences do not occur in Nairobi’s affluent neighborhoods, highlighting the scorn and widespread criminalization of the urban poor.”

In April 2018, PBI-Kenya together with the Mathare Social Justice Centre, the Ghetto Foundation and Saferworld began a two-year project titled Ushirikiano Mwema kwa Usalama (Good relationships for safety) to tackle the normalization of extrajudicial killings in the Nairobi constituencies of Mathare, Kamukunji and Embakasi North.

In January 2020, PBI-Kenya provided members of the Network of Mothers of Victims and Survivors of extra judicial killings, anchored at the Mathare Social Justice Centre, with trainings meant to build the capacities of the network as they pursue justice for their families and others.

Photo: Defenders from Colombia, Honduras, Guatemala and Mexico with PBI-Spanish State visit the site of the proposed lithium mine near the city of Cáceres in the autonomous region of Extremadura in Spain. Photo by Asociación Read more…