ConocoPhillips says it is ready to start fracking in Colombia 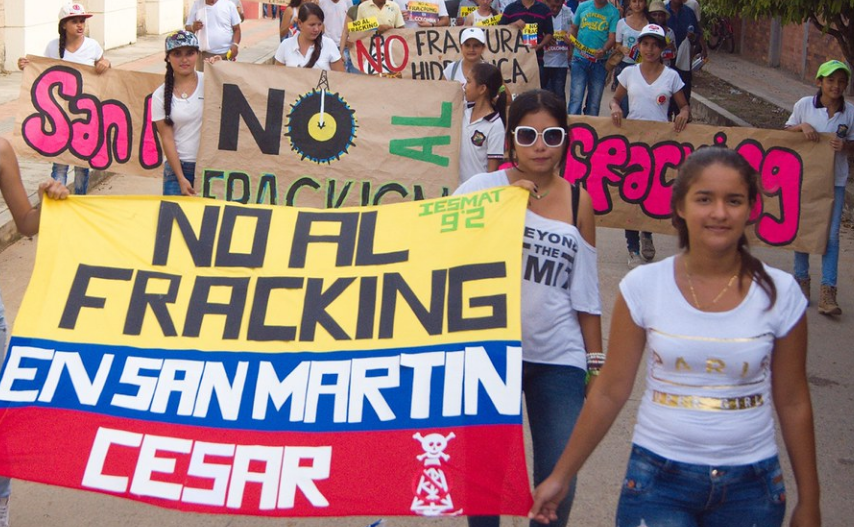 La Republica reports, “ConocoPhillips Colombia plans to invest up to US $100 million in two pilots in Cesar.” The article further explains that the transnational corporation has two projects in the department of Cesar, VMM-2 and VMM-3.

ConocoPhillips has previously noted, “The VMM-3 block is in the Middle Magdalena Valley, and extends over an area of more than 33,000 hectacres. The area includes parts of the Cesar and Santander departments…”

The company has also posted, “The VMM-2 block is in the Middle Magdalena Basin and is adjacent to VMM-3. The VMM-2 block extends over an area of more than 29,000 hectacres in the Cesar Department and is comprised primarily of the Aguachica municipality, but also extends into the municipalities of Río de Oro and Gamarra.”

Álex Martínez, country manager of ConocoPhillips Colombia, says, “We are ready to start. After there is a green light and we can move forward we will use all the global and local experience we have. With those two things we are very prepared to move forward.”

That “green light” for fracking is expected to be given by the end of this year or in early 2020 and the state-owned petroleum company Ecopetrol has already indicated that it hoped to begin fracking in Colombia by mid-2020.

In December 2015, Reuters reported, “U.S.-based ConocoPhillips and CNE Oil and Gas, a subsidiary of Canada’s Canacol Energy, have both signed non-traditional exploration agreements with the national hydrocarbons agency…, the agency said in a statement.”

That article adds, “Exploration will take place in the VMM-3 block, in the northeastern provinces of Cesar and Santander, and will require at least $85 million in investment.”

That article also notes, “The companies did not meet minimum conditions for the Piranga project, a source from the licensing authority said, while the Plata project raised possible water protection concerns.”

Notably, the Reuters article had also highlighted, “U.S.-based ConocoPhillips and Canada’s Canacol can request to re-open the licensing process for the projects in the future, the source said, adding the decision is not a definitive no.”

It would appear from the La Republica news article that ConocoPhillips, perhaps with the involvement of Canacol/CNE Oil and Gas, intends to pursue fracking VMM-2 and VMM-3.

The Alliance for a Colombia Free of Fracking has stated that fracking would violate the Colombian constitutional principles that guarantee citizens the right to life, the right to water, and the right to a healthy environment.

The United Nations Development Programme has highlighted that, “Colombia is at high risk from climate change impacts.”

The Bogota Post has also reported, “It is Colombia’s campesinos, who have already borne the brunt of a long conflict, who are likely to be hit hardest [by climate change].”

Colombian human rights defenders Ivan Madero from CREDHOS and Julia Figueroa and Andrea Nocove from the CCALCP legal collective were recently in Canada speaking at public forums, meeting with government officials, Members of Parliament and civil society allies, and seeking support from Canadian lawyers to challenge Canadian fracking in Colombia.

For more on that solidarity tour, please see Photo-journal of 8-day solidarity tour by Colombian human rights defenders from CCALCP and CREDHOS to Canada. 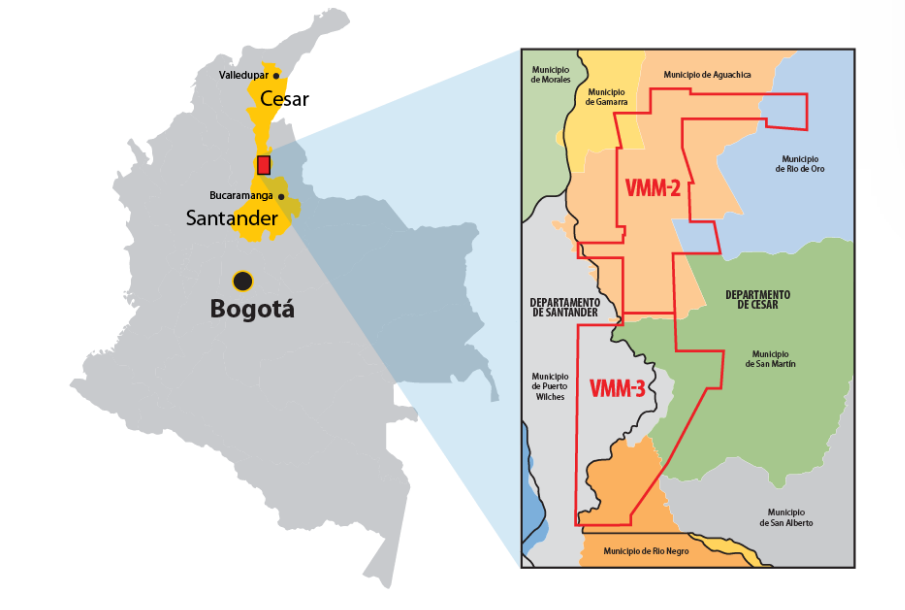