What’s the latest news on fracking in Colombia? 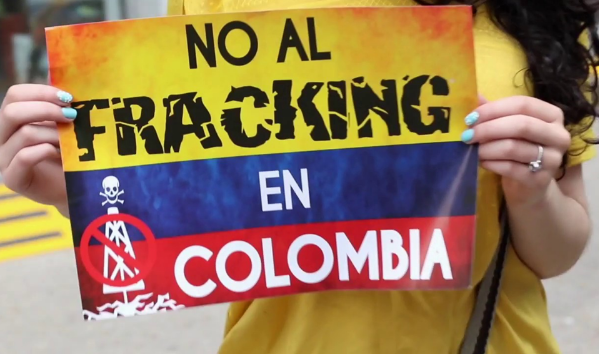 What do the most recent news articles tell us about the likelihood of the controversial technique of hydraulic fracturing (fracking) proceeding in Colombia?

On August 13, BNamericas reported, “Last November, the state council – Colombia’s highest administrative tribunal – suspended all administrative acts related to fracking, arguing that the country lacked the necessary regulatory framework. Ecopetrol says it is awaiting a further decision by the state council on whether to lift the ban for pilot projects.” That decision could come within months.

On March 5, Reuters reported, “Colombia’s state-run oil company Ecopetrol SA is looking to spend $500 million in exploring unconventional deposits over the next three years, its chief executive said on Tuesday, starting with pilot programs in the Magdalena Medio region.” Unconventional deposits refers to oil and gas that would be extracted by fracking.

3- Industry set for fracking to begin

On August 21, Reuters reported, “Pipeline company Oleoducto de Colombia is ready to move increased crude output from the center of Colombia to the Caribbean if the use of fracking is approved in the Andean country, the company’s chief executive said on Wednesday.”

And on August 7, Reuters reported, “Energy Minister Maria Fernanda Suarez said on Monday the government would introduce a bill this year meant to improve companies’ coordination with local authorities and next year would propose improvements to the consultation process, all in a bid to head off future community objections [to oil and mining projects].”

This November, representatives from two Colombian human rights groups that are accompanied by the Peace Brigades International-Colombia Project will be speaking in Canada to highlight their concerns about fracking and climate change.

More details on this speaking tour by CCALCP and CREDHOS coming soon!