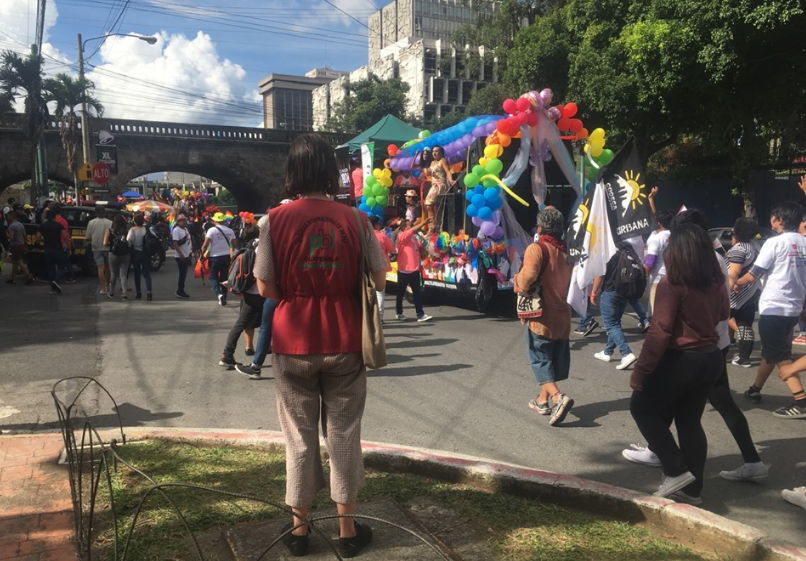 On July 21, the Peace Brigades International-Guatemala Project posted, “Yesterday, July 20, we observed the development of the march for sexual diversity.”

More than 5,000 people reportedly took part in this march in Guatemala City.

El Periodico reports (in Spanish), “The XIX Parade of Sexual Diversity and Gender Identity toured several points of the capital city on Saturday.”

“Between January and June 2019, the murders of 28 gays, lesbians and trans were reported. This figure doubled compared to the cases recorded last year, according to a report by the Organizing Committee of the Parade.”

Additionally, Prensa Libre reports (in Spanish), “The community recalled one of the defining moments of the history of the LGBTIQ movement in Guatemala, regardless of the official history. [It commemorated] the murder of María Conchita, a trans woman who tried to unite two populations: gay men and trans women.”

That article explains, “She was killed in October 1997. Her death stirred the hearts of her companions: some drowned by the fear of going out to protest and others revolutionized against silence and repression.”

And PubliNews reports (in Spanish), “There is no moment to mark the beginning of the LGBTIQ movement in Guatemala, but it is recognized that during the armed conflict, which lasted 36 years, the police and military authorities committed thousands of harassments against people who identified themselves as diverse.”

On July 6, PBI-Mexico accompanied the LGBTI+ pride march in the city of Chihuahua. On May 17, PBI-Honduras Project accompanied LGBT Arcoiris at the International Day against Homophobia, Transphobia and Biphobia in Tegucigalpa.